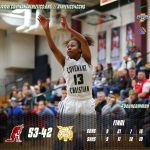 The Girls Basketball team (8-5, 2-2) outlasted the Lady Wildcats of South Vermillion HS on Saturday, winning 53-42. CCHS pulled away in the second quarter, using a 21-11 quarter to build a 10-point halftime lead.  SVHS battled back in the third, but Covenant was able to pull away again and seal the game away in 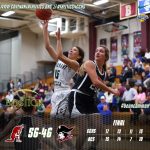 The Girls Basketball team (8-5, 2-2) closed out the Bostick Memorial Tournament in style, picking up a lopsided first round win over Riverside HS and then pulling away from a solid Bethesda Christian team in the championship game. In the first round, CCHS jumped on Riverside HS from the outset, leading 21-9 after one quarter, 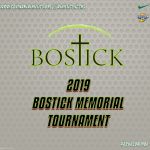 The Athletic Department of Covenant Christian HS is pleased to host the 15th and final Bostick Memorial Tournament on Friday, December 27, 2019.  The Tournament will once again honor Scott Bostick and serve as a support to his family. Scott was an outstanding college and high school basketball official as well as a Christian educator 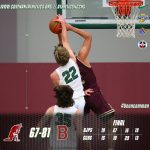 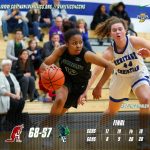 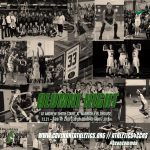 The Girls and Boys Basketball programs will hold an Alumni Day on Saturday, December 21.  The Girls teams will host City rival Cardinal Ritter HS at 2:00/3:30 pm, while the Boys teams will host Brebeuf Jesuit Prep in a Circle City Conference matchup at 6:00/7:30 pm. In addition to the four home games at the 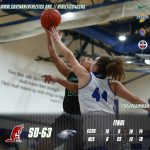 The Girls Basketball team (5-4, 2-2) jumped out to a quick lead Tuesday night at Heritage Christian (6-3, 3-1), but it slipped away and a big second quarter by the Eagles led to a 63-50 HCS win in their Circle City Conference matchup. Sophomore Samara Douglas helped Covenant jump out to an early 7-0 lead 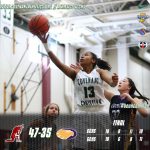 The Girls Basketball team (5-3, 2-1) picked up their first two conference wins of the season this week, as the Lady Warriors defeated Brebeuf Jesuit Prep 60-34 on Thursday night and Guerin Catholic HS 47-35 on Saturday afternoon. CCHS went into BJPS (4-4, 0-1) for their second CCC game of the season.  The game started 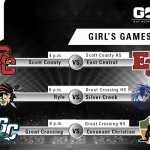 The Girls Basketball team is blessed to participate in the 2019 Kentucky-Indiana Challenge, facing Great Crossing HS on Saturday, December 14 at GCHS at 8:00 pm.  Advance tickets are available online through GoFan Tickets.  A portion of advanced tickets sales for the CCHS game, purchased by December 7, will go back to CCHS to help