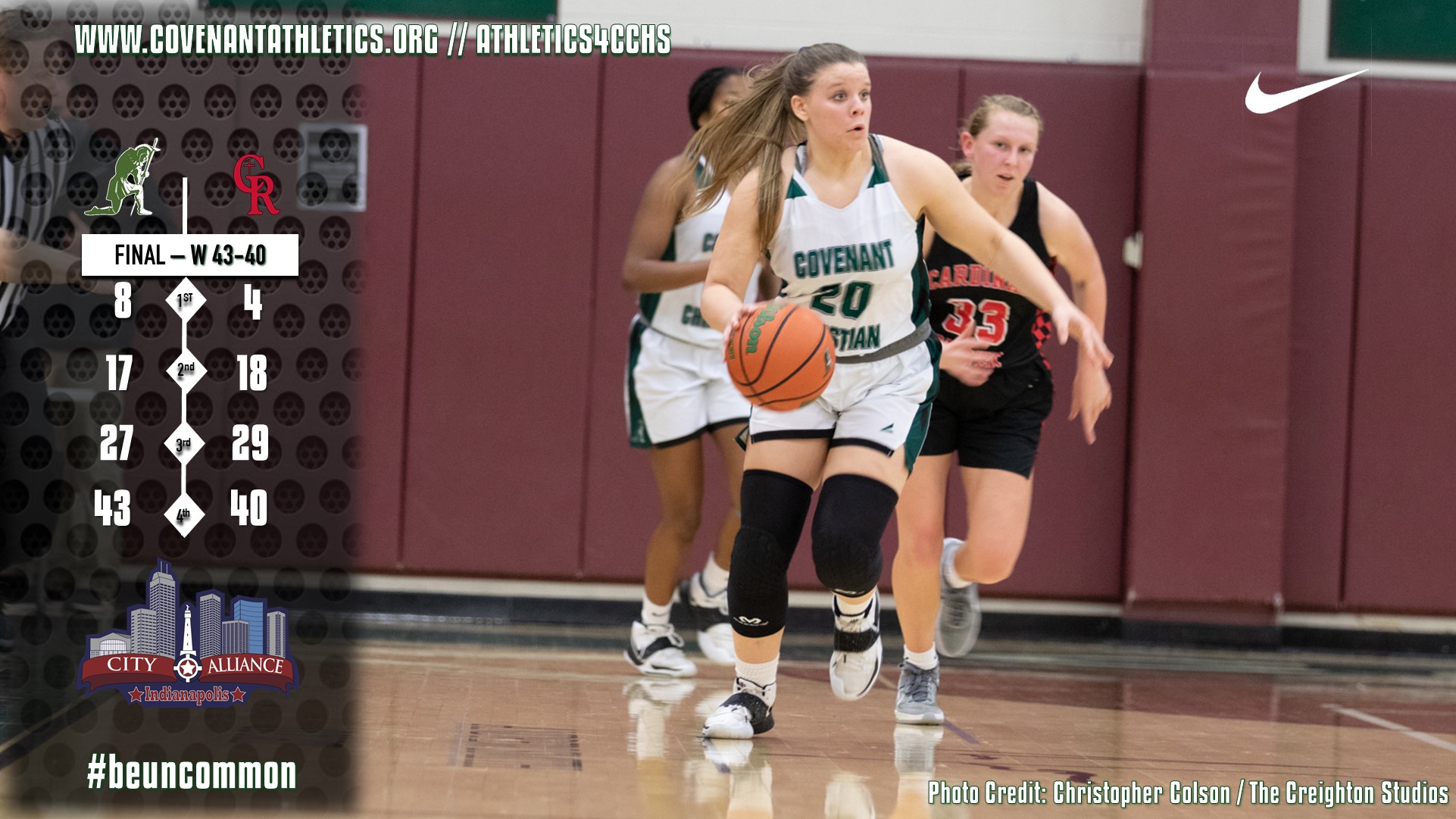 Last night the Covenant Christian Lady Warriors basketball team faced off against the Cardinal Ritter Raiders in the second round of the Indianapolis City Girls Basketball Tournament. This was their second meeting of the season in which the Raiders beat the Warriors 50-56.

The game started slow offensively for both teams as Cardinal Ritter scored the first points of the game at the 4:48 mark and Covenant not scoring until 3:31 left in the quarter. By the end of the first quarter, Covenant held an 8-4 advantage. Samara Douglas led the scoring with 6 points. Also worthy of notice were Samara and Ella Crane’s combined five steals in the quarter.

The second quarter saw some increased intensity and scoring as Ritter’s Waggoner and Web knocked down some 3s. There was a lot of back and forth as the Warriors put up an additional 9 points, bringing their score up to 17. However, Ritter made up for their point deficit in the first quarter by scoring 14 points to take the lead into the half with 18.

After the break, it seemed that the Lady Warriors lost some of their fervor, but they would soon bring it back. Points stayed tight in the third quarter, and possessions continued to not yield many points. Covenant stuck close to Ritter, ending the third quarter 27-29.

In the fourth quarter Covenant picked up its gameplay with a much needed boost of energy. The Lady Warriors scored twice as many points in the final quarter compared to the first and executed a variety of defenses against the Raiders, which resulted in them taking and holding the lead for a 40-43 win.

Covenant was lead in scoring by Bonnie Lew Ludlow with 15, Douglas with 12 and Patty Chikamba with 11. The Warriors made 11 of 16 free-throws at the charity stripe, with Chikamba going 6 for 7.

The game was a tough battle, but Covenant pulled out the victory in the end, advancing them to the semi-final round of the tournament. They will face the top ranked Heritage Christian Eagles this Thursday at 6:00pm at Cathedral High School. The winner of that game will advance to the championship played the following day at 7:30pm.