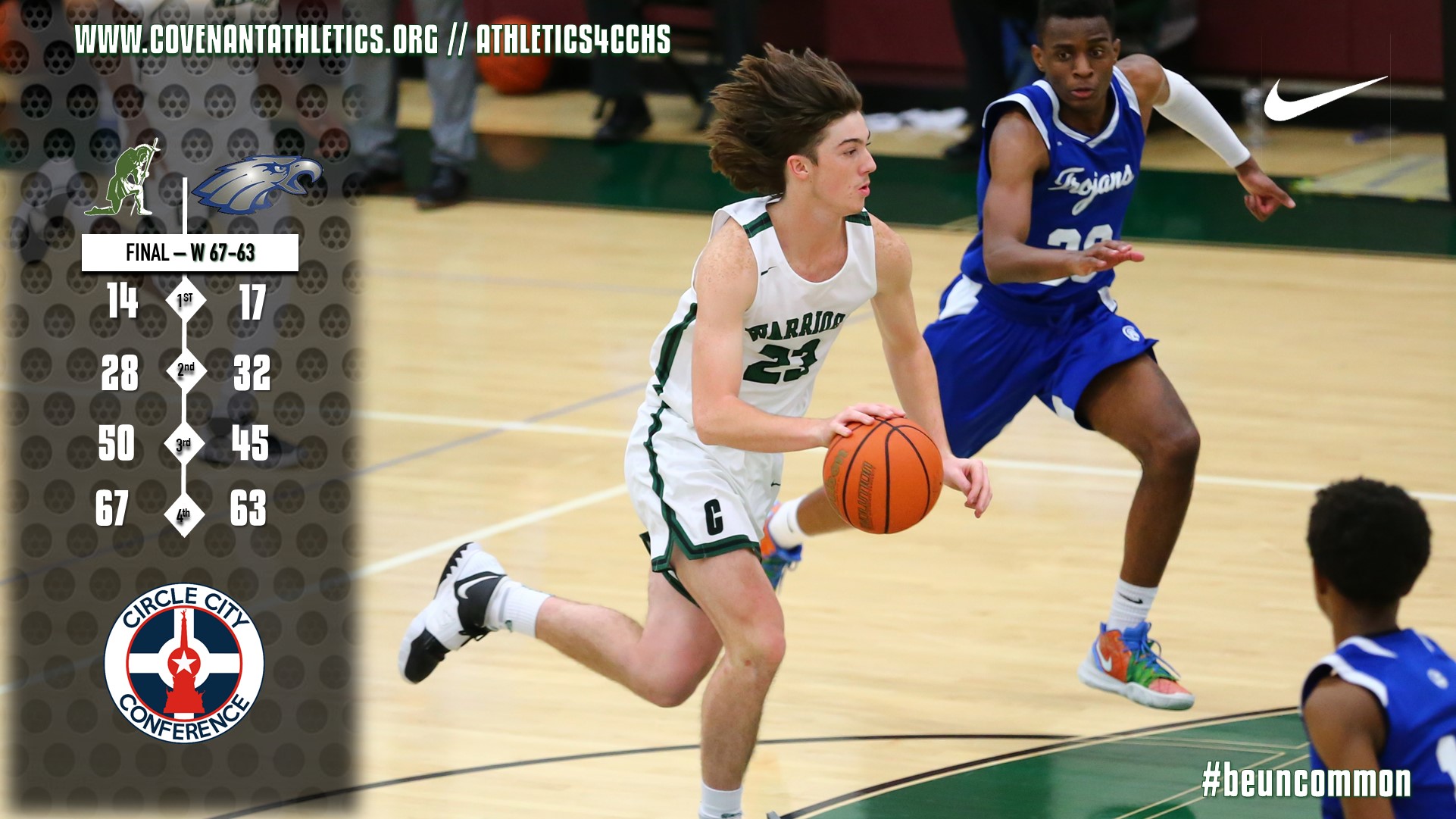 The boys basketball team improved to 9-1 on the season and 4-0 in the conference this past Saturday when they beat Heritage Christian 67-63.

The Warriors continued to keep the game close, but struggled with more foul trouble when Trey Flatt picked up his second foul. The bench brought good energy defensively, but Covenant still trailed 28-32 at the half. Buckley picked up an additional 7 points in the quarter, which was supplemented with points from seniors Jaden Ashley, Graham Shelton and Flatt.

Covenant regrouped after the half and finally took the lead in the third quarter. Several forced turnovers helped give the Warriors momentum as Lomax put up 10 points, Wilson scored 6 and Buckley with 4. Covenant held a 50-45 lead to end the quarter.

The Eagles kept the game close, though. Trouble at the foul line and an offensive foul allowed Heritage within two points with 1:39 left to play, but the Warriors were able to hold them off to finish the game 67-63. Buckley finished with 25 points, followed by Flatt with 13 and Lomax with 10.

This was one of potentially three meetings for Covenant vs. Heritage (City Tournament and sectionals ahead). The Warriors are back in action on Friday when they host Guerin Catholic for a chance to secure a conference championship. They will then host Tri-West on Saturday evening.