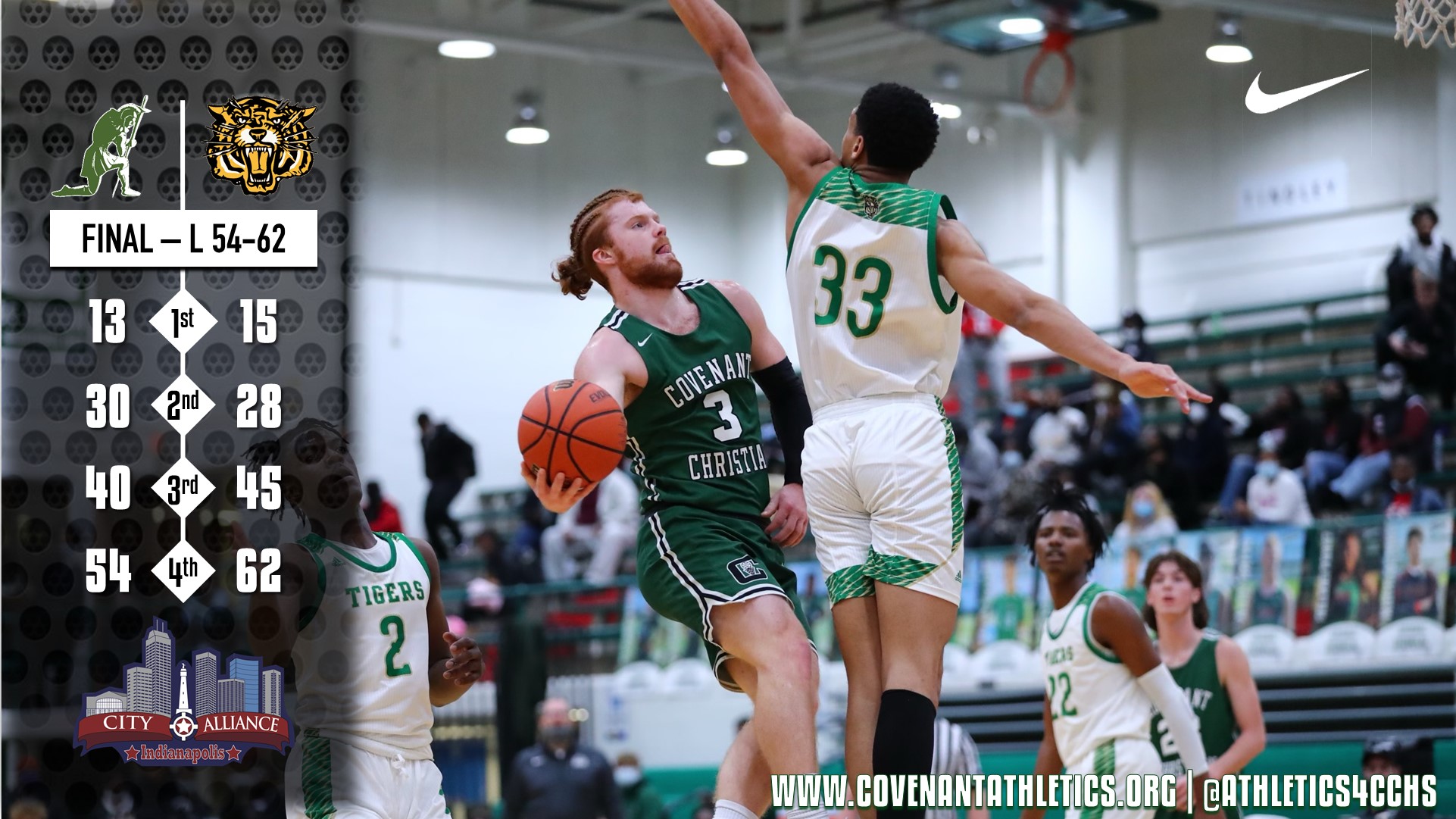 The boys basketball team (12-2) fought hard in their game against Crispus Attucks (14-2) on Saturday, but their efforts weren’t enough to beat the Tigers as they lost only their second game in the season, 54-62.

Attucks, who only lost to Lawrence Central and Lawrence North leading up to the game, had five players averaging double figures in points while the team averaged 13+ steals per game. It was going to take a strong defensive effort and some solid shooting to give the Warriors their best shot at winning.

It took some time for both teams to settle into a rhythm early on. The Warriors started 0-4 from beyond the arc before senior Brock Buckley opened up the scoring for the Warriors. Attucks held the lead for the whole quarter, but the Warriors were able to keep it close throughout. It didn’t take long into the second quarter for Covenant to take the lead, though. Graham Shelton knocked down a three to draw within one and Micah Wilson made a lay-up to put the Warriors up. The largest lead for Covenant was four, but Attucks kept things tight, only allowing a two-point advantage for the Warriors into the half.

Coming out of their halftime meetings, both teams struggled to put up many points as Covenant scored only two points in the first seven and a half minutes. Scoring started to open up towards the end of the quarter, but at the end of it Covenant trailed 40-45. Heavy legs and several turnovers proved to be costly in the fourth quarter. The Tigers were able to extend their lead to seven with 5:16 left, but Graham Shelton knocked down back-to-back threes to help shorten the gap. However, Crispus Attucks held tightly to their lead and secured the win.

The Warriors were led in scoring by Graham Shelton with 22. Trey Flatt posted 17 while Buckley and Caleb Crane each put up 7. Micah Wilson had 6 steals and Buckley grabbed 10 rebounds. While Covenant led in rebounds (27 to 24), they turned the ball over 20 times, which resulted in 16 points for Crispus Attucks. And although the Warriors forced 18 turnovers, they only scored 5 points.

Crispus Attucks advanced to play the top ranked Cathedral Fighting Irish on Monday where they lost 59-69.

Covenant is back in action on Friday when they host Traders Point Christian Academy. This game was originally scheduled as the first home game, but because of the football State Championship it was postponed.