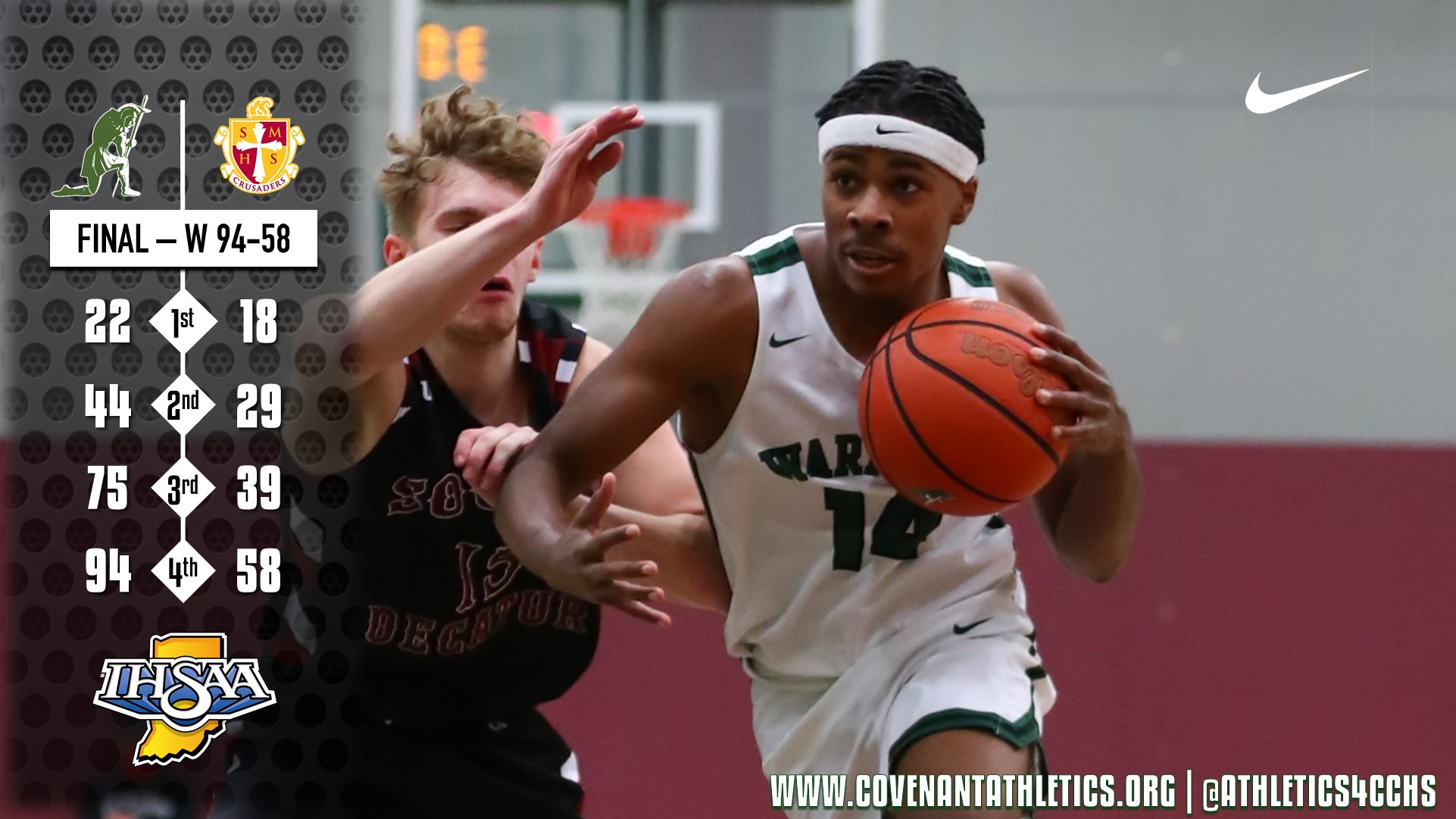 Boys basketball won their first round sectional game last evening over Scecina with a score of 94-58.

The first quarter was a tightly contested, back and forth battle.  Covenant trailed initially but eventually took and maintained the lead throughout a lot of the quarter.  Scecina kept it within one possession until the last minute of play when Covenant was able to extend the lead to 6, but Scecina scored the last basket to end the quarter with Covenant up 22-18.

The Warriors opened up the scoring in the second quarter after Micah Wilson saved the ball and assisted Graham Shelton for an easy jumper.  Wilson then assisted G. Shelton again on a fast break to extend the lead to 8.   Scoring continued to open up as Covenant took advantage of some empty possessions from the Crusaders.  BJ Lomax scored the next 11 to extend the lead and was supplemented with baskets from Luke Shelton and DaVon Woods.  Lomax punctuated his strong quarter with a 3-pointer banked in from the top of the key to finish the half with 14.   Covenant went into halftime with a 15 point advantage, leading 44-29.

Covenant opened up the second half with a layup from Wilson and another by G. Shelton.  Luke Shelton and Trey Flatt then knocked down threes 3’s, going on a 16-0 run to extend the lead.  The Warriors continued to pour it on, finishing the quarter with a 75-39 lead.  Luke Shelton led the Warriors with 9 in the quarter.

The Warriors return to action on Friday when they take on Park Tudor (11-5) at 7:30pm. Last year, Covenant defeated Park Tudor to secure the Sectional #42 title, 54-45.