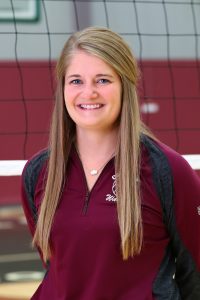 Coach Behnke is entering her fifth season as the head coach of the Lady Warriors in 2020, and her seventh season on the coaching staff in the CCHS program.  Behnke experienced significant success in her first two seasons as the helm, taking the Lady Warriors to the state final in 2016 and the semi-state in 2017, amassing a record of 68-8.

Brooke was a setter in the Covenant program from 2007-11, helping lead CCHS to the first sectional title in program history.  She went on to play three seasons at Franklin College, before moving on to study Occupational Therapy at at Indiana University.  Behnke was married in March, 2018.  Her and her husband Andrew had their first child in May, 2020. 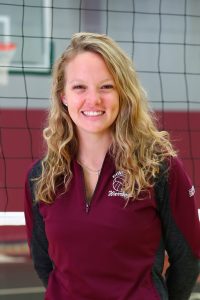 Brandi is very excited to be starting her sixth year as a coach at Covenant.  Before graduating in 2011, she played volleyball, basketball, and track.  A Purdue University grad (2015) with a degree in Elementary Education and Spanish, now works at Kingsway Christian School as a First Grade teacher.  Brandi was formerly the Athletic Director at KCS, as well as an assistant coach on Covenant’s Girls Basketball team.

Brandi was married to Covenant alumnus Nolan Schafer in July, 2018. 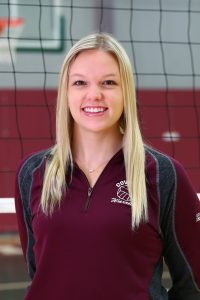 Jamie Bell came on the CCHS coaching staff in 2018, and has served as the Freshman Team Coach/Assistant Coach.  She is originally from Southern Indiana and grew up in New Albany, IN, where she attended New Albany High School Bell played volleyball for 4 years, graduating in 2012 and continued her education at Franklin College. Jamie played two seasons at FC, where she became friends with Coach Behnke.  She graduated from Franklin College in 2016 with her bachelor’s degree in Exercise Science with a minor in Fitness and Coaching, and received her master’s degree from IUPUI in 2018 in Kinesiology. Bell is currently an Exercise Physiologist at Franciscan Health working in the Cardiac Diagnostic Testing Department.