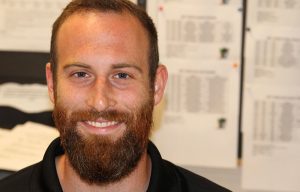 David Pfeifer was hired as Covenant’s fifth athletic director in October 2020.  Pfeifer was originally hired in June 2017 as the Assistant Athletic Director in addition to the Advanced Fitness & Conditioning Teacher and Head Boys Soccer Coach. In his two years as coach, Pfeifer led the team to back-to-back IHSAA Class 1A State Runner-Up finishes (2017 & 2018) and was selected at the Circle City Conference Coach of the Year in 2018-19.