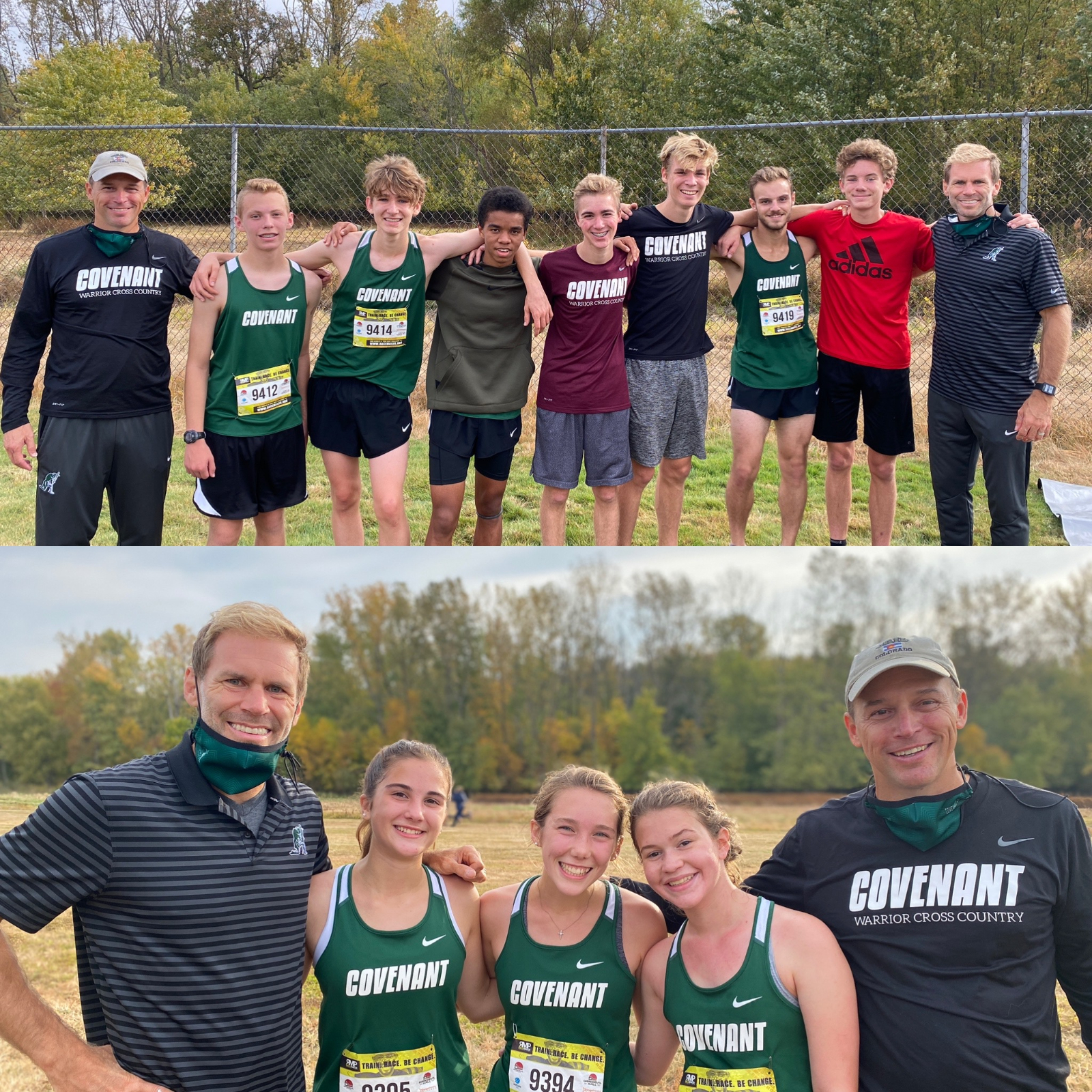 The Covenant Cross Country teams competed on Saturday in the IHSAA Sectional #18 at Ben Davis HS. Zionsville CHS cruised to a sectional title in the girls race, with Cardinal Ritter HS a distant second.  Perry Meridian HS took third, followed by Southport HS, Decatur Central HS, and Ben Davis.  ZCHS also took the title in the boys race, a much closer contest, with the Eagles edging out host Ben Davis HS.  PMHS, Southport HS, and Herron HS rounded out the five teams that advanced out of the sectional as a team.  In sectionals, the top five teams advance as well as the top ten individuals not advancing with a team.

The girls got in the starting gates first, with CCHS running three runners.  Junior Rachel Shaughnessy and Sophomore Rachel Snyder both qualified to run in next week’s regional, with Shaughnessy finishing 31st in a 23:43.3.  Snyder finished 38th with a time of 24.47.8, a new personal record for her.  Freshman Ellie Shaughnessy also ran a PR, finishing 42nd in a time of 25:28.5.

In the boys race, Junior Clayton Reichanadter finished sixth overall with a time of 16:42.3.  Sophomore Yoezer Cassell was the second  Warrior to cross the finish line, finishing in a time of 18:26.5, good enough for 33rd place overall.  Sophomore Gabe Eaton ran a PR of 18:40.4 to finish in 35th place. Senior Tim Skaggs battled sickness this week, but finished in 40th place (18:56.6).  Senior Josiah Allman just missed a PR, but finished in 51st with a time of 19:46.7.  Sophomore Archie McKissick (19:56.2) and Sophomore Dawson Kester each both ran personal best times for CCHS.  The Boys team just narrowly missed qualifying as a team, finishing in sixth place, just fourteen points behind HHS.  Reichanadter, Cassell, Eaton, and Skaggs all qualified as individuals for the regional.

The six Covenant regional qualifiers will compete in the IHSAA Regional #9 at Ben Davis on Saturday, October 17, with the start times scheduled for 10:30a and 11:15a.