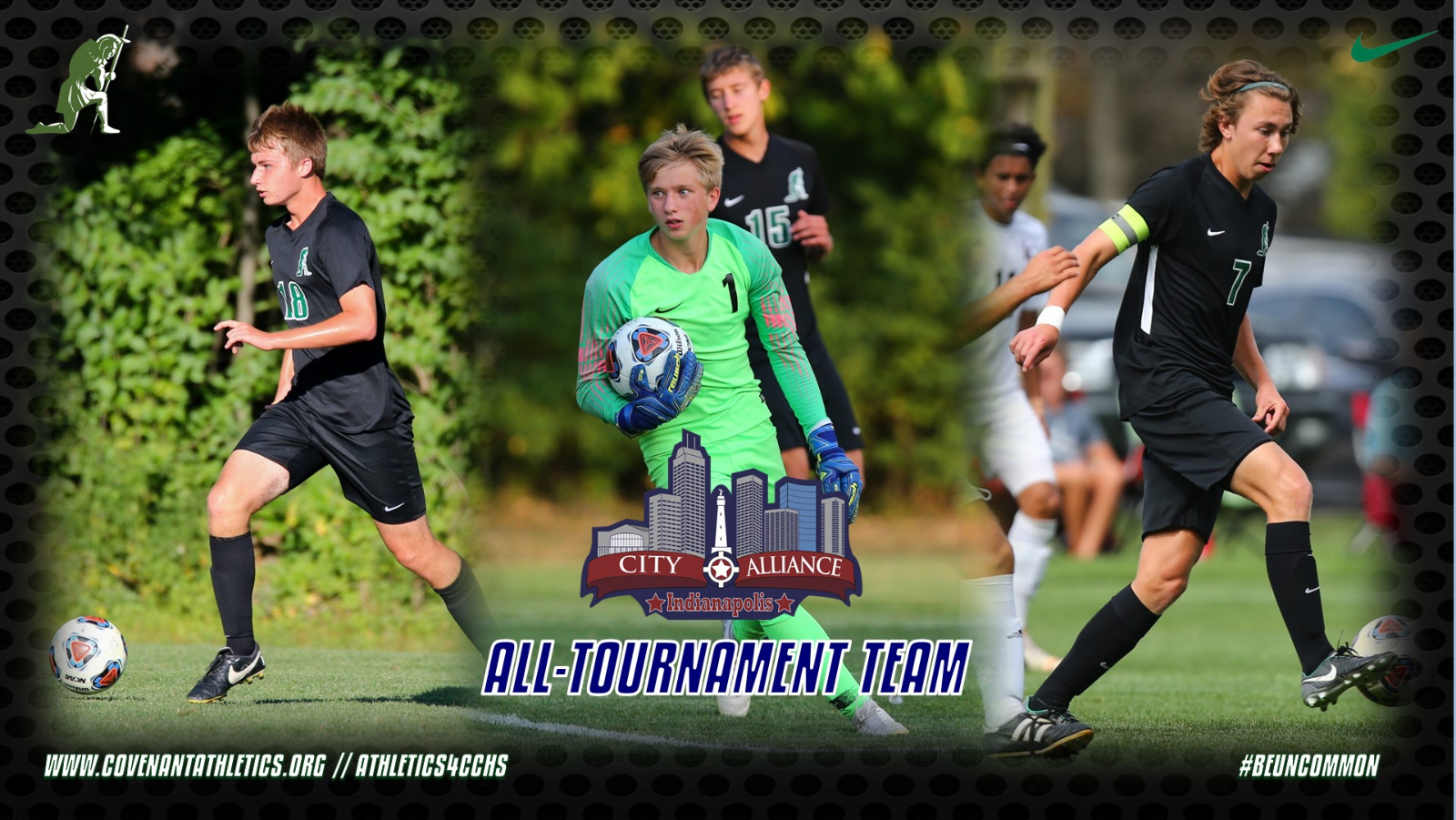 Covenant placed three players on this year’s All-Tournament Team, as Seniors Davis Warner and Eli Martin are joined by Sophomore Angelo Luca.  Warner, a middle back, helped anchor the Warrior defense that gave up just one goal in three games.  Luca, the CCHS goalkeeper, pitched two shutouts and gave up one goal in overtime of the City semifinal to Cathedral.  Martin helped control the middle of the field for Covenant as a center midfielder, helping the Warriors narrowly miss advancing to the final for the first time since 2016.

Covenant came into the tournament as the #4 seed and defeated unseeded Scecina Memorial HS 2-0 in the first round.  The Warriors advanced to face Herron HS in the quarterfinals, where they again won 2-0.  CCHS moved on to face #1 seed Cathedral HS in the semifinal, where they took a 0-0 tie into overtime.  The Irish broke the deadlock with about two and a half minutes remaining in the second overtime to seemingly win the contest.  Warner miraculously found the net on a free kick from 40 yards out with just