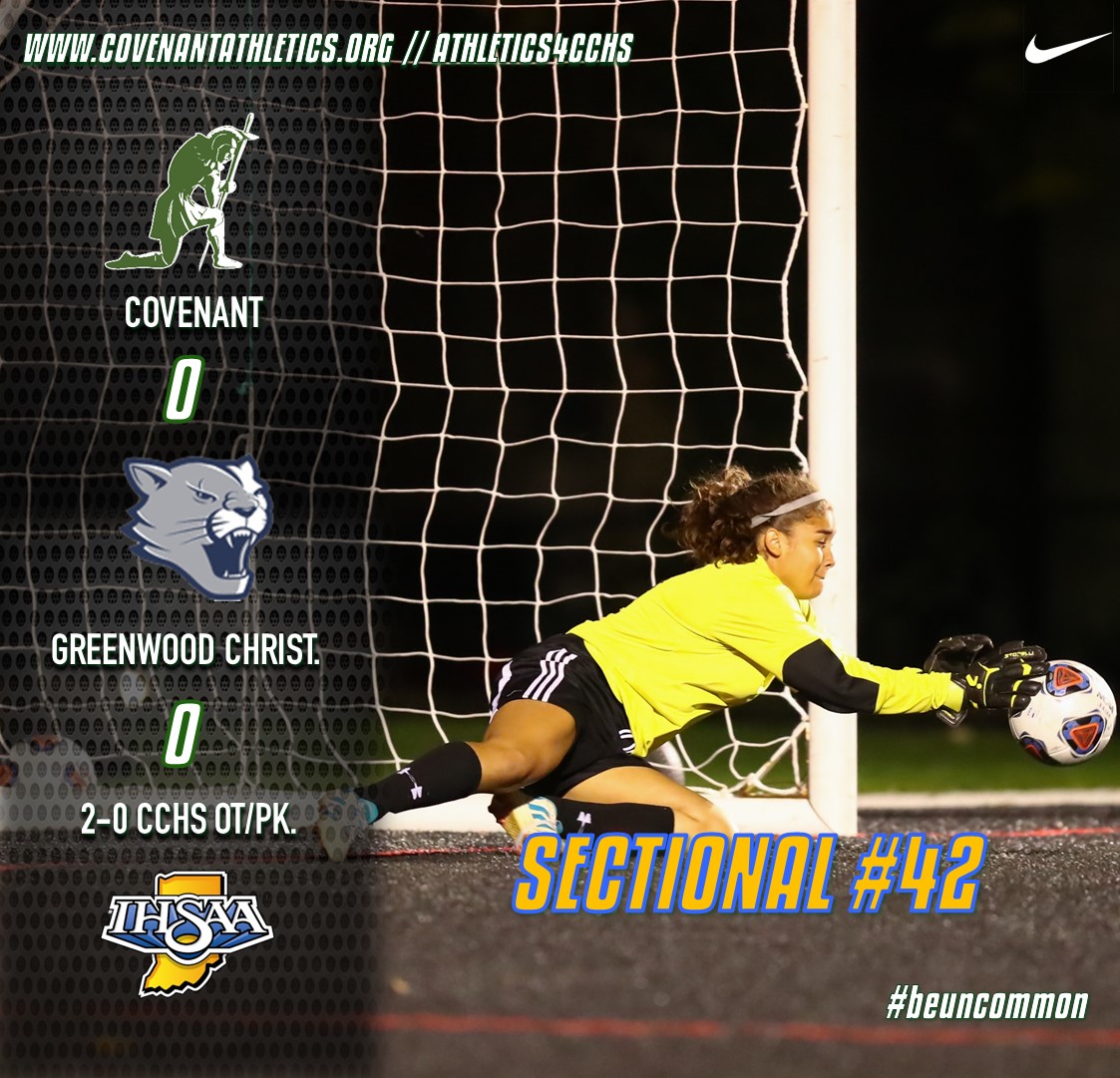 The Girls Soccer team (3-12-1) opened up IHSAA Sectional #42 play on Thursday night at Speedway HS, as they battled Greenwood Christian Academy.  CCHS had defeated the Lady Cougars earlier in the regular season, 3-0.  However, on this night, Covenant could not seem to put the ball in the net.  The Lady Warriors controlled much of the action throughout the night and dominated possession and in scoring chances, but GCA Junior goalkeeper Elizabeth Bigelow denied Covenant time and again throughout the game.

The game stayed knotted at 0-0 through the eighty minutes of regulation and the two seven minute overtime periods.  Because of that, the game went to penalty kicks to determine the winner.  CCHS started with Senior Kayla Dancler taking the first kick.  Bigelow dove right and made the save.  Covenant Senior goalkeeper Aliah Minaya matched the save with a dive to her left.  Junior Ella Longoria put CCHS on the board, nailing the Lady Warriors’ second shot.  Minaya made another save on the second of GCA’s penalty kicks.  Sophomore Eleanor Mounts buried the Lady Warriors’ third shot to give CCHS a 2-0 advantage.  Minaya was up to the challenge again a third time, as she made yet another save to preserve the shutout.  Bigelow tipped Covenant’s fourth shot, this one from Senior Sophie Diaz, over the bar to keep the Lady Cougars alive.  But Greenwood’s fourth shot squared up the post and rebounded out to seal the victory for the Lady Warriors.

Covenant will advance to face #16 ranked Speedway HS in the Sectional #42 final on Saturday at SHS at 2:00p.  The Lady Sparkplugs upset the Lady Crusaders of Scecina Memorial HS in the first semifinal, defeating the #10 ranked SMHS 3-1.  Scecina had handed Speedway a 3-1 loss in the regular season.