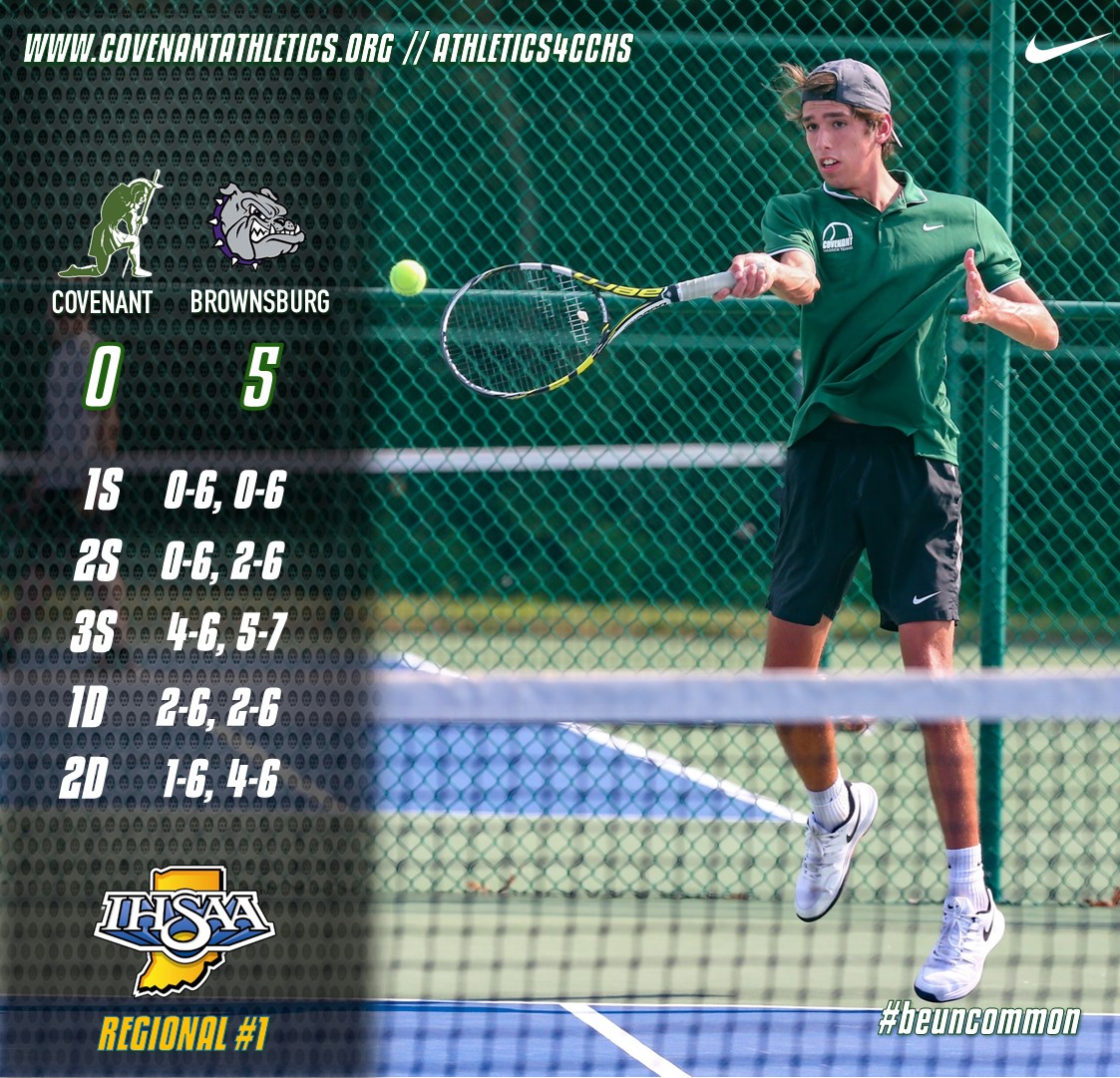 The Boys Tennis season came to an end on Tuesday night, as the Warriors fell 0-5 to #8 ranked Brownsburg HS in IHSAA Regional #1 play.

The seniors finished great tennis careers.  In addition to finishing with a 15-7 record for the season, the team took third place in the City Tournament, and third place in the Circle City Conference.  Senior Graham Shelton set a new program mark for career doubles wins (59) and moved into third place in career victories in program history (66), just one victory behind Nick Thompson (67, Class of 2012).  Graham had a 21-3 record in 2020.  M. Wilson finished his career with 41 career wins, 34 at doubles.  L. Shelton had an outstanding season, his first in the program, finishing 20-4.

Brownsburg advances to the regional final, where they will face the winner of #2 Zionsville CHS/#19 Brebuef Jesuit Prep.