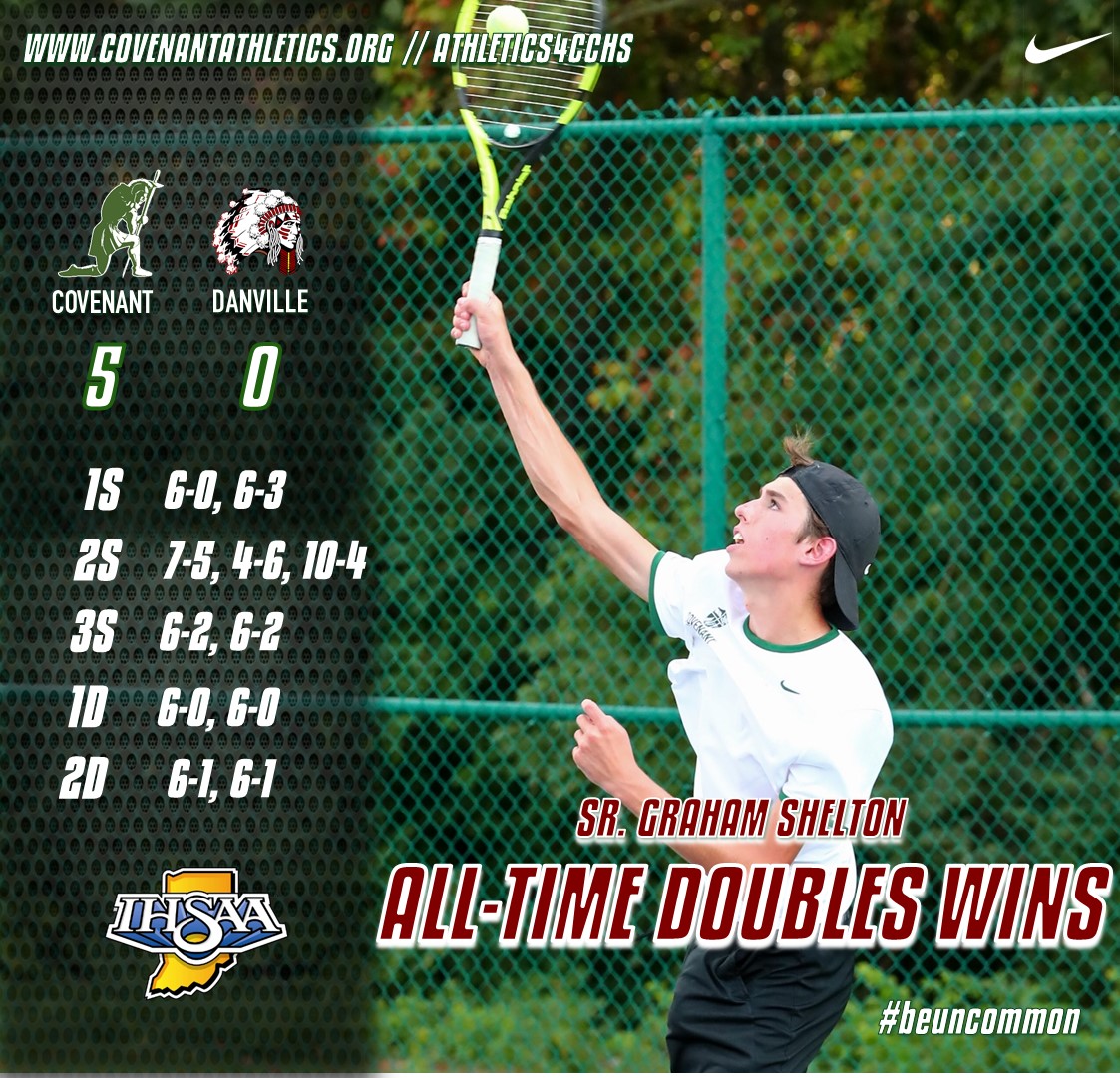 The Boys Tennis team (10-2) continued their strong season with a 5-0 win over Danville CHS last night, a night in which the team honored the nine graduating seniors and their families.

Senior Graham Shelton moved into first place in program history with his 51st career doubles victory.  Shelton paired up with his brother, Senior Luke Shelton, to win at #1 Doubles, 6-0, 6-0.  Graham moves past Eric Steinke (Class of 2012) who has held the record of 50 doubles wins for the last nine years.  Shelton also remains undefeated so far this season.

Seniors Kyle Burris and Zach Lanius teamed up for a 6-1, 6-1 win in the #2 Doubles flight to help secure the sweep of Danville CHS.  Seniors Michael Luo and Philip Chen played doubles in the top JV spot, also earning a Senior Night win, 7-5.

The team is back on the road on Thursday night, as they travel to University HS for a 4:45p match against the Trailblazers.