The Athletic Department is pleased to recognize several Covenant senior athletes that signed their national letters of intent this year to compete athletically next year at the collegiate level.  Typically, CCHS would hold a signing ceremony to recognize these student athletes, but this year’s signing night had to be canceled due to the pandemic.

Senior Alex David signed to attend and play soccer at Marian University (Indianapolis, IN) earlier this year.  David was a four-year starter on the Lady Warriors Soccer program.  She tallied 63 goals and 34 assists over 70 matches during her career, including a team-high 11 goals in 2019.  David was selected to the All-Tournament Team for the City Tournament, the Circle City Conference All-Conference Team, and the National Christian School Northeast Super Region Team in 2019.   Alex was also an integral part of the back-to-back sectional titles in 2017 and 2018.  Alex was also selected to the CCC All-Conference Team,  the All-City Team, All-Tournament Team, and NCSAA First Team All-American Team in 2017 and 2018.  David, who was part of National Honor Society and Girls 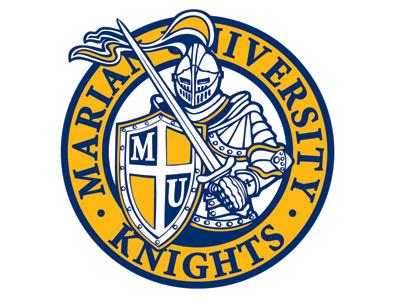 Discipleship, plans to study nursing at MU.   Marian is coached by Gary Yohe.

What Coach Lindston Lindberg said about Alex: “Alex is a natural #10 and her reading of the game is one of her many strengths. She is very technical and smooth with the ball at her feet. She knows how to break the defensive lines with her sharp dribbles and accurate through passes. Alex is also very strong physically and has a very powerful shot.

At Covenant, Alex earned her varsity spot on her first year. During her four years, Alex was our top scorer helping CCHS win sectional back-to-back for the first time in the program’s history. Alex has received multiple honors. All-City honors her sophomore, junior, and senior years. All conference junior and senior years. MVP her Junior and Senior years. Alex is a strong team leader and example which was evident through her captainship at her Junior and Senior years. At the travel club level she finished her career at Indy fire top ECNL team.

Alex has shared with her family how much she has appreciated her years at Covenant with coaches and team mates. Parts of the high school experience was more enjoyable than her travel team experiences according to her. Alex is looking forward to playing for Coach Gary at Marian university, hoping she can make friendships there as well.”

Here’s what Coach David Pfeifer said about Adam: “Adam joined the program during his junior year.  What impressed me the most about Adam is his competitiveness and his willingness to engage the underclassmen.  Throughout this past season, he and Angelo Luca fought for playing time.  Injury kept Adam on the sideline during the first portion of the season, but he showed up to

practice every day and helped Angelo prepare for games.   This is a testament of humility for a senior to do this for a freshman.  And when he was back to playing, there was a healthy competition to earn the starting position.  Adam recorded 32 saves in 7 games in his senior campaign. Throughout the season, he would ask what he can do to get better, which speaks to his learners mindset and passion for the game.  This paired with his big frame, loud voice and heart to mentor others will serve him well as he continues his soccer career at Johnson University.  Congratulations, Adam! We wish you the best in this next season and chapter of life!”

Senior Dawson Fink will attend and swim at for Coach Kelly Essler at Olivet Nazarene University (Bourbannais, IL).  Fink will study business at ONU.  Dawson will leave a huge imprint on the Covenant Swim program.  Fink won Circle City Conference titles in both the 50 and 100 Freestyle in 2019-20, and the 50 Free in 2018-19.  Fink also rewrote the program record board, setting and re-setting records in all eleven swim records over the last two seasons (200 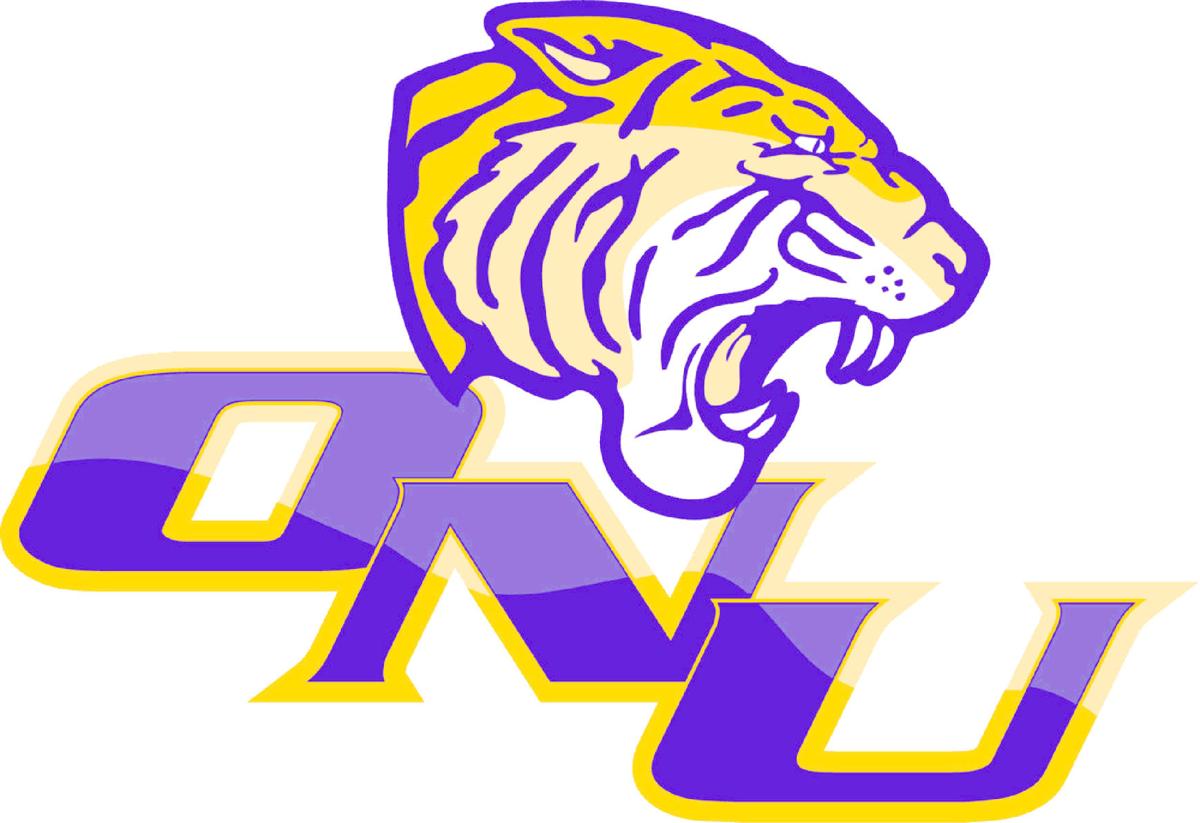 Senior Noah Hedrick signed to attend and play basketball at Hope College (Holland, MI) for Coach Greg Mitchell.  Hedrick was an offensive force for the Warriors in his two seasons at CCHS.  Hedrick averaged 16.6 ppg, 4.7 rpg, 1.6 apg, and 1.5 spg in 2019-20 to help lead Covenant to their first sectional title since 2011.  For his career, Hedrick scored 625 points, 192 rebounds, 58 assists, 60 steals, and 13 blocks in 45 games.  Hedrick was selected to the 2019-20 All-Conference Team, All-City First Team, All-Tournament 2nd Team, and the IBCA Small School All-State Honorable Mention.  Hedrick also

set the single game program scoring record, scoring 48 points versus Grove City Christian (OH) in the first round of the Bostick Memorial Tournament, setting another record by hitting ten 3-pointers in the game.  Noah plans to study Business/Economics and Political Science at Hope.

What Coach Scott Flatt said about Noah: “Noah was a joy to coach & has made a lasting impact in his 2 years in the Warrior program. He has worked extremely hard to improve his game with the goal of helping our team to a sectional championship & state championship run. He leaves our program having been a part of the winningest season in Covenant history as well as holding 2 individual records, 3Fgs made in a game (10) & Points Scored in a game (48). I expect for him to carry that hard work & effort on to Hope where I am certain he will elevate his team.”

Senior Jack Hensley is set to attend and play baseball for Coach Jason Balleck at Hanover College (Hanover, IN).  Hensley provided a big bat for the Warriors in 2019 after transferring to Covenant.  Hensley hit .250 (14-for-56) with 14 runs batted in, a .417 on-base percentage, and a .720 on-base plus slugging percentage.  Hensley was selected to the All-Tournament Team in 2019, having a big bases loaded triple versus Scecina Memorial HS in the City Tournament quarterfinals and a 2-run double versus Bishop Chatard in the City semifinals.  That helped lead the Warriors to the City Tournament

What Coach Andy Gossel said about Jack:  “Jack was an unexpected blessing being added to our program in 2019.  In addition to all that he brought to our team on the field, it is his pleasant nature, team-first mentality, and his desire to serve others that stand out.  I’m excited for Jack to continue his playing career after battling through injury/surgery and the loss of the season this year.  Good luck next season at HC.”

Senior Brennan Moran has signed to attend and play baseball at Spring Arbor University (Spring Arbor, MI) for Coach Ryan Marken.  Moran plans to study Criminal Justice at SAU.  Moran was a 3-year starter on the diamond for the Warriors.  Moran hit .359 with 6 doubles, 2 triples, a home run, 37 runs batted in, 41 runs, and 19 stolen bases in 77 career games as a utility player that could play anywhere on the diamond.  On the mound,  Brennan pitched 102.2 career innings, going 6-7 in 33 games, with an ERA of 3.61, giving up 124 hits, 53 earned runs, 50 walks, and 66 strikeouts.  Moran was selected to the 2019 All-City

Team First Team as a second baseman and helped lead the Warriors to a sectional title in 2018.

What Coach Andy Gossel said about Brennan: “Brennan is a joyful kid and strong athlete that brought a ton to our program during his career.  B was no doubt a sparkplug for us on the field. I look forward to seeing him continue his playing career at Spring Arbor.”

Senior Ilani Williams-Harris signed here national letter of intent to attend and play basketball at the University of Indianapolis (Indianapolis, IN) for Coach Kristen Wodrich.  Williams-Harris had tremendous impact on the Lady Warriors Basketball program in two varsity seasons after transferring to CCHS for her last three years of high school.  In 79 career games between CCHS and Brownsburg HS, Williams-Harris scored 855 points.  In 53 games for the Lady Warriors, Ilani averaged 14.7 ppg, 3.3 rpg, 4.6 apg, and 2.8 spg, helping to lead Covenant to two sectional titles to push the program to a sixth straight sectional

What Coach Amanda Brown said about Ilani: “There’s no doubt Ilani has been a leader for the Lady Warriors these last two season, and I look for her to continue her success at UIndy. Ilani has a great basketball IQ and the ability to compete against any competition, but, most importantly, she is a wonderful teammate. Ilani’s drive to win and competitive  nature is unmatched. I cannot wait to watch her play at the next level. The Greyhounds added a great young lady to their roster.”