You only have two more days to vote for the Summers Plumbing Heating & Cooling February Athlete of the Month. Cast your vote before voting closes Monday, March 2nd at 11:59PM. 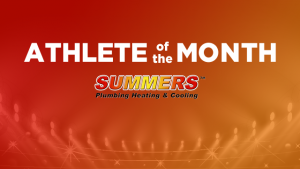 Click here to vote now and share the link below with your friends and family.
Sharable Link: https://vnnsports.net/summers-plumbing-heating-cooling-athlete-of-the-month
Below are the nominees:

Trent is incredibly dedicated to his team. He is in the water on time every day and last to leave. He is also an academic all-star! He flawlessly balances school work with his dedication to the swim team. He would be well-deserved to be recognized!

Joshua finished 3rd in New Castle Semi State and qualifies for the State Finals, in the 106 # class as a freshmen, at Bankers Life.

In the game against International, he had 26 points & 12 rebounds. This was followed up by 12 points & 8 rebounds against Brebeuf. Both of these were wins for Park Tudor!

The team is in the midst of a 7 game win streak, thanks in part to JC’s performances.

Has never missed a game or practice during summer league or regular season. Volunteers for concession stand for other games, one of the captains on the basketball team, and always give her all on the court, and classroom. She has also committed to Ohio Christian University to continue her basketball, and academic career. Neasia has been a part of Beechgrove basketball since 4th grade. Average 10.5ppg, 6rpg, 4apg, 2spg.

Harmony is a team captain, hard worker and always willing to stay after practice to perfect her craft of dance.

Kenzee has been a consistent leader for the Girls team all year. She’s had multiple double doubles.

In her final game as a Hawk, she fought to the end with 12 points, 5 rebounds, and 2 assists.