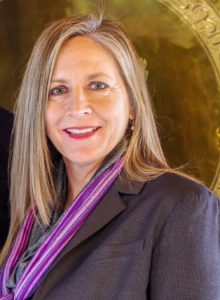 The Athletic Department is pleased to announce that Michelle Susud has been named the next Head Coach in the Covenant Boys Volleyball program.

Michelle is an avid athlete and received a full ride to play college volleyball and also played one year of college soccer. As an all-conference and academic all-conference volleyball setter, she once held three school records after three seasons at the University of Southern Indiana and one school record after one season at Greenville College. She has coached volleyball and tennis, competed in five half-marathons, and serves alongside her husband leading a global sport ministry; SportQuest Ministries.  The Susud’s have three children: Jacob who is a 2019 Covenant graduate who played soccer and basketball and is now a freshman soccer goalie at Taylor University; Luke, a senior at CCHS who plays tennis and volleyball; Holland is a 7th grader at Kingsway Christian School.