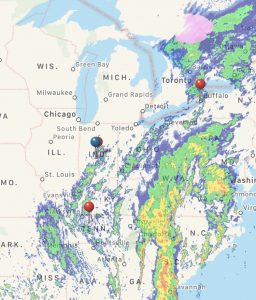 The continued rain that has swept through the Midwest and East Coast is having great impacts on the Saturday schedule of Covenant Athletic events.

Saturday’s Eastern Relays for the Track and Field teams at Eastern HS, has also been canceled.

The Girls Tennis tournament, the Mooresville Invitational at Mooresville HS, was canceled on Saturday morning.

The Boys Golf team is scheduled to compete in the Circle City Conference Championship at Smock GC at 9:00 am.  Stay connected with the athletic website and twitter (@athletics4CCHS) for any additional changes and updates.