Senior Jonah Bronger was selected this past week to the Indiana Football Coaches Association (IFCA) Region 7 All-Star Team.  The Region All-Star teams are voted on by coaches in each of the ten regions across the state, based on a player’s season statistics and nomination by their head coach.  Selection to the Region All-Star team is the first step for a player to potentially be selected to the North-South All-Star Game. Click here for the IFCA Region 7 All-Star Team selections. 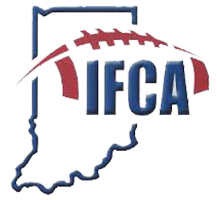 Bronger is the first player in program history to be selected for the Region All-Star Team.

The teams for the 53rd Annual North-South Game will be selected in March, with the game scheduled for Friday, July 12th at 7:00 pm at North Central HS.