The Girls Basketball team (13-6) went on the road last night for one of the season’s biggest challenges: face a 17-1 team that is ranked #3 in Class 2A at their place, coming off a frustrating loss to Bishop Chatard HS in the City Tournament semifinals last week.  The Lady Warriors stepped up to that challenge for three quarters, but in the end, the upset bid of Triton Central HS slipped away in the fourth quarter, as TCHS prevailed 73-65 over Covenant.

Triton jumped out to an early lead, outscoring CCHS 17-11 in the first eight minutes.  The Lady Warriors gained the momentum in the second quarter, outscoring the Lady Tigers 22-9 in the frame to hold a 33-26 lead at the break.  Covenant continued their control of the game in the third quarter, extending their lead to 18 points at one time, with a 21-14 scoring advantage.  The tide shifted swiftly in the final quarter though, as the Lady Tigers put up 33 points in the fourth, 17 points of which came on the free throw line.

Senior Bailey Everett led the scoring with a game-high 20 points, while Sophomore Bonnie Ludlow (13), Juniors Ilani Williams-Harris and Sania Borom (10 each), and Freshman Samara Douglas (9) rounded out a very balanced scoring attack for CCHS.  Juniors Maya Chandler and Rylie Stephens led TCHS with 18 points each in the win.

The Lady Warriors return to Andrew Smith Court to close out their regular season home schedule this weekend, as they host Roncalli HS (11-6) in their Circle City Conference finale.  This game may very well determine the CCC title for the season.  At this writing, RHS is 2-1 in the conference, scheduled to face Bishop Chatard HS on Wednesday night.  Covenant is 3-1 in conference play.  If Roncalli defeats Chatard, the Lady Warriors’ destiny rests in their own hands, as a win on Friday night gives CCHS the conference championship with a head-to-head win over 4-1 Heritage Christian.  If Chatard beats RHS on Wednesday and Covenant wins on Friday, there will be a three-way tie between Heritage, Covenant, and Chatard.  Since all three teams have exchanged losses over each other, the next tiebreaker is defensive point allowed average for their five CCC games on the year. 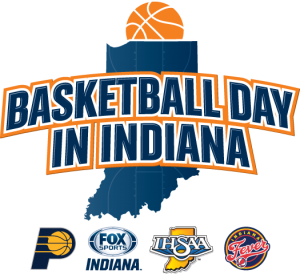 Friday night will also be Senior Night, as the program will honor Bailey Everett as this season’s lone senior.

CCHS is also scheduled to be at the Fieldhouse on Saturday afternoon to take on Crispus Attucks HS at 12/1:30 pm.  The home regular season finale will be part of the Basketball Day Indiana celebration with the IHSAA and Fox Sports Indiana.