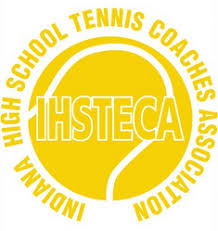 Senior Connor Craig and the Boys Tennis team have been collecting several postseason honors as the Fall season has come to a close.  The Boys team had one of their most successful seasons in program history, finishing the season with a 15-4 record, placing third in the City Tournament, and winning their sectional for the third consecutive season.  The team was also recognized at Academic All-State as a team.

Senior Connor Craig has also picked up several postseason honors.  Craig, who played #1 Singles for the majority of the season, was the runner-up in the City Tournament in his flight and was selected to the All-City Team.  Craig was also selected to the Indiana High School Tennis Coaches Association (IHSTeCA) Academic All-State First Team.  Criteria for the Individual Academic All-State Team is that the player must be a senior that has participated in at least 50% of the team’s varsity matches, maintains a 3.7 GPA or higher on a scale of 4.0, and has minimum test scores of 1200/25 on the SAT/ACT.  Seniors Nic Hood and Ian Zweifel were selected for the Academic All-State Honorable Mention.  Craig was also to participate in the Senior All-Star Tournament at DePauw earlier this month.