Bronger, who set multiple program rushing records for yards in a game, yards in a season, and touchdowns, was selected as an All-City Running Back.  Bronger carried the ball 200 times for 1293 yards (6.5 ypc, 129.3 ypg) and 19 rushing touchdowns.  Bronger also caught 23 passes for 271 yards and five touchdowns.

Coleman, selected as a Defensive Lineman, had 45 tackles on the season, including program records for sacks in a season (10) and tackles for loss (13.5).

Holsapple was selected as the All-City Punter.  Cam averaged 37.2 yards per punt on his 24 punts, setting a program record for longest punt at 76 yards. 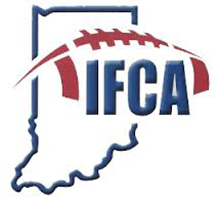 In addition to the All-City Team honors, CCHS had three players honored as Academic All-State.  Seniors Austin Anderson, Jonah Bronger, and Chile Mulamba all met the criteria of being seniors that played in 70% of the team’s games this season, maintained a GPA of 3.4 or higher, and had a minimum test score of 1100/24 (SAT/ACT).